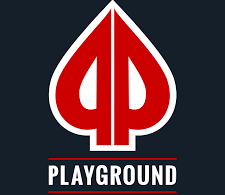 Playing has an important role for kids. This activity keeps them active and improves most parts of their bodies. A playground is what kids need to accommodate their intention to play. It is your luck if your family lives in an area that has a playground for kids. Let’s learn why your beloved kids need to play in a playground.

Don’t underestimate your kids when they are playing in a playground. According to experts, kids will learn something while playing. They can learn about colors, shapes, how to solve problems, and many more. Even, they can join an experiment to get something new while playing. The experts add that kids who join an experiment while playing pass the first-grade tests. They are also good at math and writing. Kids who are not allowed to play in a playground often becoming a passive and quiet kid. It is also a good activity for kids to learn how to communicate and interact with other kids.

Playing in a Playground Makes Them Healthy

Your kids are healthier when they play in a playground. It is because they are running, climbing, jumping, and many more. They also love to do it. Playing in a playground makes them active and use most parts of their bodies. It is good for their physical health and mental as well. The toys in the playground for kids can also boost their soft skills such as balancing skills, motor skills, control skills, and confidence. It seems that playing outdoor is similar to doing exercises for your kids in which it improves the function of the heart, lungs, and muscles. Playing outdoor can also lower the risk of obesity and diabetes.

Kids Will Have Better Emotion

Kids who often play in a playground or outdoor have better emotion. Believe it or not, they learn so many things there. For example, they have to fight against their fears when they think that the toy is scary or dangerous for them. They may afraid of doing it for the first time but in the second trial, they will enjoy it. This activity develops their self-confidence. They also have to deal with other kids who make them uncomfortable and happy sometimes. They learn how to share something and stay in a line before trying a particular toy because most kids love it. When your kids get used to it, they can control their emotions well.

Most kids will be so excited when they are going to a playground. The reason is not only because they will play a variety of toys there but also because they can meet their friends. They can play together, communicate, interact with other kids. It improves their communication skills, empathy, creativity, and exploration skills. 5 Tips to Keep Your Kids Safe at the Playground Adventures Soft Play for Babies – The Benefits